“I had very little pain from the surgery. Overall it was easier than anticipated.”

Jim spent many years on his feet wearing steel-toed boots on concrete floors. He worked in a factory for a while and then for the highway department. Jim, now retired at 64, does a lot of work at home as well. Unfortunately, about five or ten years ago, he was slowed down when he began developing bunions on both feet. The bunion on his right foot was particularly painful.

Although in pain, Jim delayed doing anything about it because he knew several people who had had surgery to treat their bunions and they were off their feet for three months. But, as time went on and his bunions became more painful, he found he could no longer run for exercise and was even limited playing with his grandchildren.

Then, one day, he saw that two local doctors, Dr. Jody McAleer and Dr. William Duke, were offering a seminar on a new procedure to treat bunions; Lapiplasty® 3D Bunion Correction™. 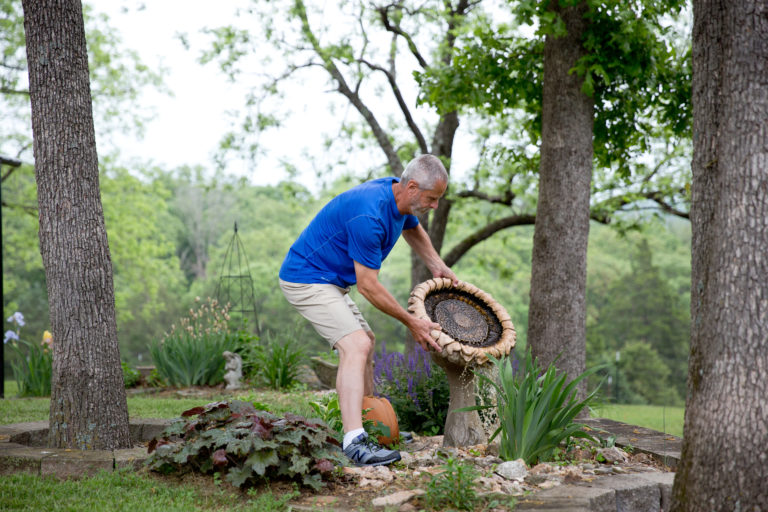 Jim attended the seminar and learned about the benefits of Lapiplasty® 3D Bunion Correction™, a procedure which treats all three dimensions of the bunion deformity by returning the entire metatarsal bone to its normal alignment and stabilizes the joint – naturally removing the bump and straightening the toe. To Jim, Lapiplasty® 3D Bunion Correction™ looked like a better fix than a traditional bunionectomy because this surgical procedure addressed the root cause of the bunion rather than just addressing the cosmetic issue, and he decided to have the procedure.

Jim had the Lapiplasty® Procedure in January 2018 and is thrilled with the outcome. He was able to walk the next day after surgery, wearing a boot, and hardly needed any pain medication during his recovery. Today, Jim is able to play with his grandchildren and work around the house pain-free. He is now planning to have the procedure on his other foot sometime soon.

Jim said, “I had very little pain from the surgery. Overall it was easier than anticipated.”

Only a surgeon can tell if Lapiplasty® 3D Bunion Correction™ is right for you. As with any medical treatment, individual results may vary and this experience is unique and specific to this patient only. There are potential risks with surgery and recovery takes time. Potential risks include, but are not limited to: infection, discomfort from the presence of the implant, loosening of the implant, and loss of correction with nonunion or malunion.